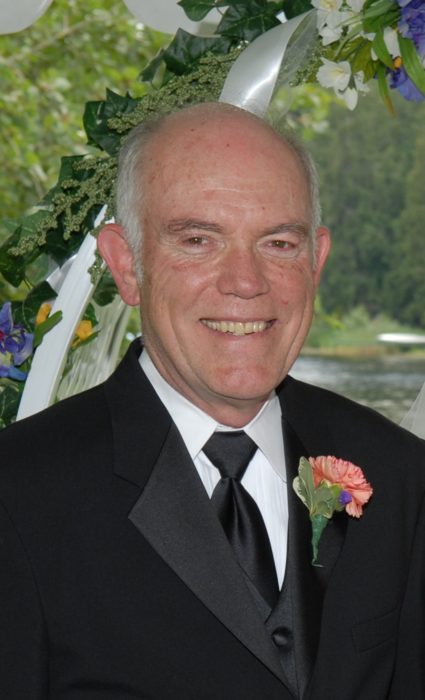 Clifford "Cliff" Edward Beaver, 71, passed away peacefully on Monday, January 14, in Bothell, WA at the home of his close, dear friend and fiance, Evelyn Neumann, after a six year battle with prostate cancer.  Cliff was born in Rowan County on September 16, 1947 to the late Oscar Edwards and Sylvia Cerny Beaver.  He was baptized as a child at First Presbyterian Church in Mocksville on March 7, 1948, and then joined the Church on March 23, 1958 after completing the youth communicants' class.  He grew up in the Spring Street neighborhood of Mocksville, where he developed a passion for the outdoors.  His love of hunting as fueled by his uncle, Don Beaver, who owned a rabbit and bird dogs, and who took Cliff under his wing while showing him the ropes.  Many an hour was spent hunting and fishing with his childhood friends, Donnie Jones and Steve Evans.  Cliff would remark later that he spent a lot more time in the woods than he ever did studying.  He was a graduate of Davie Country High School, class of 1965, and then continued his education with 18 months of study at Forsyth Technical Institute in the field of architectural drafting.  His first job was at Rahnson Company in Winstom Salem as a HVAC designer.  Cliffs career there was short lived due to the fact that Uncle Sam came calling.  He opted for the United States Navy and began his four years of service in late 1967.  His tour of duty centered around the Philippines and South Vietnam.  After his discharge, Cliff settled in West Seattle and took a job as a marine engineer with the marine design firm of Nickum and Spaulding.  Cliff married Joan Mullis in 1974 and they were blessed with a set of twin sons, Jim and Scott, in 1976.  The family moved to Redmond in 1977, and welcomed their third son, Craig, in 1979.  Cliff's career moved him to Todd Shipyard in 1985 and then finally to the Washington State Ferry System in 1992. where he worked as a marine designer for 26 years.  He loved his job and the people he worked with, and was officially employed to his very last day, with a retirement date set for February of 2019, two weeks after his death.  Throughout his adult life, Cliff's passion for the outdoors never wavered.  He passed on to his sons the love of hunting, fishing, camping, hiking- anything that could bring them in closer contact with God's creation.  He owned and trained English Springer Spaniels for hunting as well as for field trials and for many years was actively involved with the Western Washington English Springer Spaniel Club, both as a gunner and judge for regional events.  His first form of transportation after settling in Washington was a motorcycle.  It was replaced by his lifetime vehicle, a 1977 Chevrolet Suburban (that had 320,000 miles at the time of his death) but he got back into motorcycle riding many years later.  He was a member of Star Touring and Riding Group (Chapter #217) which took many excursions out across the west.  Cliff enjoyed playing the role as "official tour guide" whenever family members from the east came out for a visit.  There were countless trips to Mt. Rainier, Mt. St. Helens, and especially rides on the Seattle ferries which he helped to design.  He also loved his many return trips back home to North Carolina.  For many years he visited in late April to enjoy four days of music at Merlefest and stop by to see his classmate Deano Allen, and partake in his wonderful chopped barbecue.  Cliff was preceded in death by his parents and two brother-in-laws, David Shaw and Dick Kiser.  Left to cherish his memory are his three sons:  Jim, of Ephrata, WA;  Scott (Jennifer), of Renton, WA;  and Craig (Christina) of Bothell, WA;  10 grandchildren and three great grandchildren; brother, Paul Beaver (Jane), and sister, Jill Kiser, both of Mocksville; and a very special friend and companion of 6 years, Evelyn Neumann of Bothell, WA.