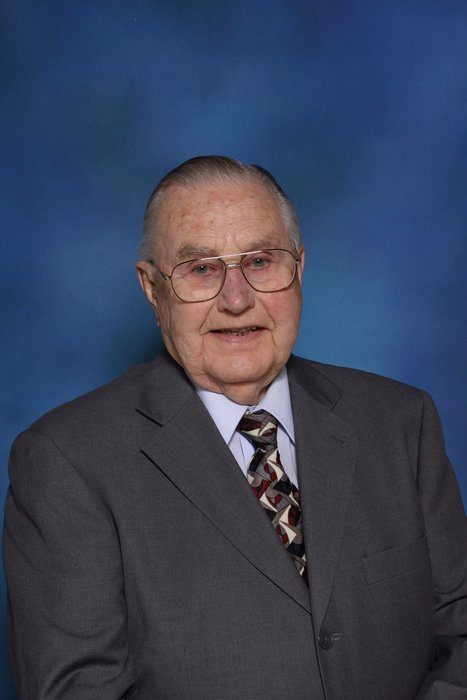 Renus was born in Darrington, Washington in 1922 and was born again on his birthday, September 1, 1946. He served the Lord Jesus faithfully for 74 years until he joined his Savior on November 16.

Renus entered Simpson Bible Institute in January 1947 to prepare for ministry, graduating in 1950 and was ordained by Bethel Temple in Seattle in October 1950. He devoted the rest of his life to ministry.

He spent 1953 to 1955 serving an African-American church in Robbins, Illinois. Experiences there greatly influenced him, especially in regard to racial justice and worship. He returned to Bethel Temple in Seattle in 1955 and served there until 1986 as Associate Pastor, Pastor and Dean of the Bible School. Since about 1986 he attended Westgate Chapel in Edmonds with involvement in a variety of ministries.

Renus also ministered in Indonesia five times as well as in Japan, Singapore and Bulgaria.

In 1954 Renus was instrumental in establishing Bethel Youth Camp in Federal Way. He served as the Camp Director for over thirty years. Thousands of children and teens attended the camps over those years with lasting spiritual results.

Renus was a World War II veteran, enlisting in the United States Marine Corps in 1942 and was always proud of being a Marine. He served in the Pacific Theater in Guadalcanal, Bougainville, Guam and Iwo Jima and was discharged in 1945.

Renus is survived by his wife, El Tora, three nieces and a special nephew, Jim Tinsley (Karina). He was Papa to Saphyre, Olivia, Abby, Chaucer and Tessa, the grandchildren of his heart. He is also survived by a host of friends and will be remembered for his gregarious nature, big smile and love of people.

Viewing will be at Chapel of the Resurrection in Bothell on Monday, November 23, from 4 to 8 PM with internment at Tahoma National Cemetery, awaiting the resurrection.