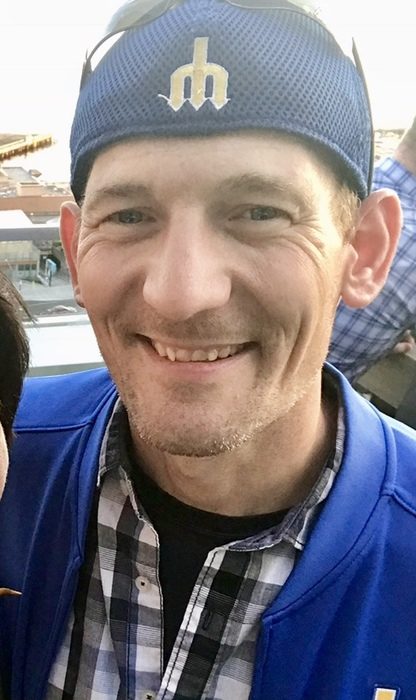 For those of you that knew John, you would know that he did things his own way, which always somehow seemed to be the perfect amount of maddening to me. So why should his obituary be any different? In 2015 when John was diagnosed with cancer, he wrote his own obituary. He said he did not want me to have to do it. And then, in true John fashion, he electronically hid it somewhere I cannot access. I do remember it involving a line about “being one with the force”. So, if he asks, tell him he did good and make mention of that for proof.

John was born April 30, 1979 in Midland, MI and was the son of John and Janet Maddocks. He grew up in Mt. Pleasant, MI and suffered what he called “middle child syndrome” between two sisters, Jessica and Jeannette Maddocks. He moved to Seattle, WA in 2005, married Brandi (Nelson) Maddocks from Mt. Pleasant, MI in 2006. He resided in Bothell, WA for over 10 years where he worked hard, proudly, and made a lot of kids’ days as a Bothell Garbage man for Recology.

A lot of you knew John as a Michigan farm boy, lumber yard kid, or a garbage man. A lot of you also knew him as a drinking buddy, poker buddy, camping and hiking buddy, mechanic, builder, engineer of super random things, demolisher, IT guy, gamer, little league coach, and my personal nickname- the King of 75% (if you have seen the projects around our house you would understand that one!). He was most importantly known as husband and father. Son. Brother. Friend. Neighbor. John was the embodiment of love and friendship and touched the lives of so many people from all walks of his short 41 years of life.

Services are currently withheld due to the stay at home ban, but we will celebrate John’s life in MI and in WA the minute we are allowed. In lieu of flowers, we would love to see donations given to ACPMP Foundation for research on Appendix Cancer.