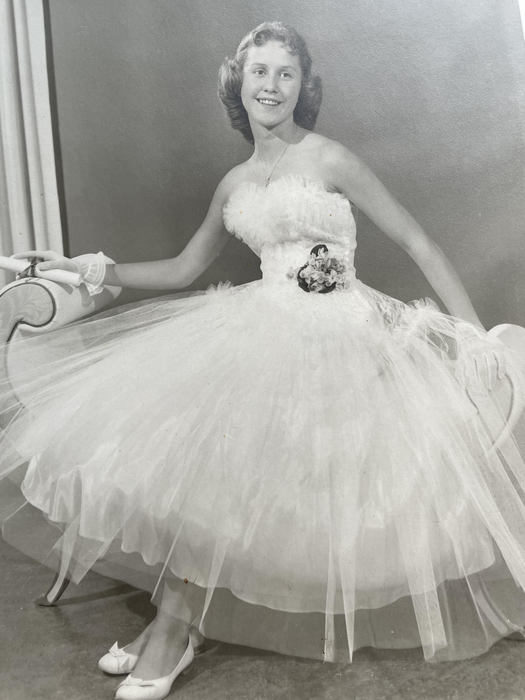 Anne Watts died peacefully in her sleep at her home on March 5th, 2021.

Anne Labentsoff was born in Nelson, British Columbia on December 1, 1937.  A middle child, she had an older sister, Margie, and younger sister, Hazel.  She was raised in Brilliant, B.C., speaking only Russian until she attended school, where she learned English.  She went to Stanley Humphries High School in Castlegar, and played on the school girls basketball team.  It was shortly after graduating high school that she became a Christian.  Her sister, Margie, witnessed to her and when she attended a church in Castlegar, she wept throughout the entire service and gave her life to her Lord and Savior.  From that point forward, she never wavered in her faith and love for Jesus Christ.  Anne followed her sister, Margie, to Bethel Bible College in Saskatchewan, after she graduated.  There, she met George Watts, whom she would later marry.  After Bible school, she went to the Holy Cross School of Nursing in Calgary, Alberta where she graduated at the top of her class.  She loved being a nurse, and worked in several different fields of nursing, including surgery, pediatrics, and geriatrics.

Anne and George married in Calgary, Alberta on August 31, 1963.  Years later, they moved to Montreal, and had their first child, a son, named Matthew.  Anne and George moved to the quaint historic town of Lewiston, New York in 1974.  Their daughter, Sarah was born soon thereafter.  Anne then stayed home to care for Matt and Sarah.  She was involved in their church, Lewiston Assembly of God, volunteering as a Children's Church volunteer, and chaperoning various youth events.  Anne was part of Women's Aglow Fellowship, and met with other women in small groups.   Anne had several close friends, many who lived out of town, but she kept in contact with them throughout her life.  Some of her favorite moments were gathering with her sisters, and sister-in-law (also Anne Watts) and speaking Russian and laughing together.

Anne loved her children, supporting them in their various activities.  She hosted countless sleepovers and birthday parties.  She was a fantastic cook and made homemade Halloween treats for the neighborhood for many years.

Anne and George opened their home to various people in need over many decades.  They had countless people living with them throughout the years, a testament to their belief that "to whom much is given, much is required."

Anne and the family moved to Bothell, Washington in 1988.  Here, Anne got back into nursing, as the kids were in middle and high school.  She chose to work in geriatrics at this point in her career.  She enjoyed being a nurse, and it spoke to her nurturing character.

Anne and George loved vacationing in Maui.  There, Anne would swim in the ocean every morning, and lay out in the warm sun.  She and George especially enjoyed when Sarah and her children would join them in Hawaii.  Anne was known to her grandkids as "Baba," and she loved them dearly.

Anne enjoyed gardening, cooking, singing, and music, in general.  She even took cello lessons in her 40s!  She loved to read and went to the local library on a weekly basis!

Anne will best be remembered for her warm, caring nature and her desire for others to know the Lord.  She prayed for, and witnessed to anyone who was the least bit interested.  Anne was a hard-worker, but also loved to relax at home.  She would spoil her grandchildren with bubble baths and sweet treats.

Anne is survived by her husband, George, of 57 years.  Her sister, Hazel (Pereversoff). Her children Matt and Sarah (Todd), and her grandchildren, Cohen, Audrey, and Fletcher.

She will be dearly missed.