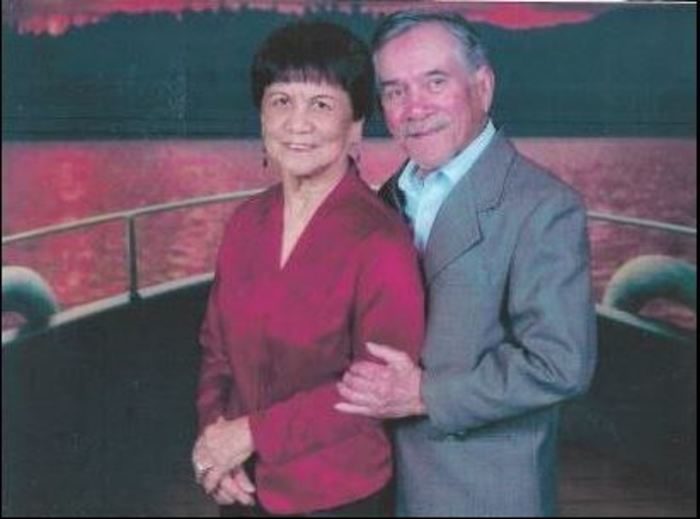 It is with great sadness we announce the passing of our loving and devoted parents Charles & Flora Tagaro.

Flora was born on March 2, 1927. She was the fifth of six children, growing up in Ahukini, a small rural community of Lihue on the island of Kauai, Hawaii.

They both met in Honolulu in the late 1940’s and were inseparable.  Upon completion of Charles’ military service, they married and had 3 children. They taught their family the value of a simple life filled with faith, discipline, tradition & kinship.

After relocating to Kirkland, WA in 1979, they described their later years as plentiful and joyful, relishing the opportunity to watch their children’s families grow.

Flora was a nutritionist prior to retiring.  She was not only fit & active but also very sociable.  She had a flare for cooking, gardening & crafts all of which were self-taught.  Singing & dancing were her passions.  Even as her illness progressed - that light of her spirit remained strong and she continued to bring joy & laughter to her fellow residents at the nursing home.

During Charles’ younger days in Hawaii he loved deer hunting on Molokai & underwater spearfishing on Oahu.  In his downtime, he enjoyed solving brainteasers & trick puzzles. Prior to his retirement, Charles was a mechanic specializing in Volvo luxury cars.  He was also a jack of all trades – skilled in repairing everything from faulty appliances to home remodeling. His sociability, calm attitude, sense of humor & laughter was so infectious. In spite of his dementia, while living at his nursing home, Charles managed to outwit his caregivers and escape for a brief moment to wander the streets. Evidently, he still had that spark of mischief in him.

At 93 yrs. old, Flora passed away peacefully on Easter, April 12, 2020 at the Bellevue Haven nursing home.  She was surrounded by Natty & her loving staff.

Charles also 93 yrs. old, while at the Brookwood nursing home surrounded by Gabby & her loving staff, passed away 3 days later on April 15, 2020 - faithfully rejoining his wife of 71 years.


Charles & Flora are very dearly missed but will forever be in our hearts.  May they rest in peace. A memorial celebration of their lives will be held on the island of Kauai…  date to be determined barring further restrictions and quarantine orders of the Covid-19 pandemic.

Alzheimer’s association in efforts toward the prevention of dementia at https://www.alz.org/.
Comments
Back to Obituaries