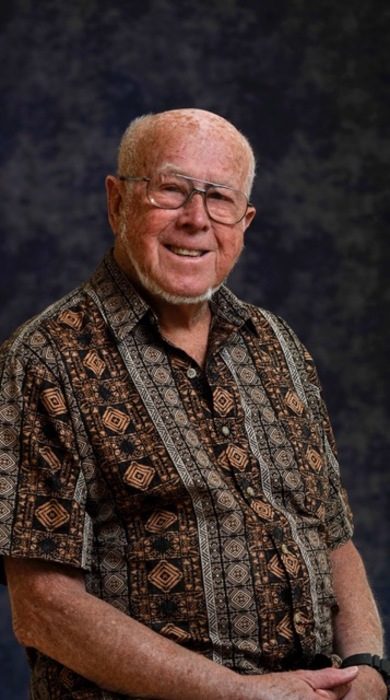 Alvin Branch Crane was born in Tacoma, Washington, "at a very young age" at White Shield Home for unwed mothers where his mother, Lena Branch Crane, worked on April 28, 1926.  When Al was one, the entire family moved to Battle Creek, MI, where Lena's brother, Alvin Branch, was pastoring an Assemblies of God church.

Alvin lived in Michigan for 18 years and came westward because his sister, Irene, was going to Seattle Pacific College (SPC).  Al had already completed a year of Tri-State College of Engineering and was just going to stay for one quarter, but ended up finishing his Bachelor of Science Degree in Math at SPC.  He was a member of the Acapella and Oratorio choirs and was Senior Class President in 1947.

As campus photographer, Alvin became interested in education when he went to West Woodland Elementary to photograph classes.  He saw an exciting learning environment and wanted to be a part of.  His first teaching assignment was at Harbor Intermediate in Gig Harbor where he taught 8th grade for two years.  He then taught in the Seattle School District for 28 years, which included 10 years as an elementary school principal.  Soon after he started teaching, he went to church at Fremont Tabernacle with a friend, Don Johnson, and met Florence Swanson.  It was on a double date - Don and Florence; Al and Cookie, that Al accidentally bumped into Flo, to which she replied, "Anytime!"  Thus, a lifelong relationship began.  After their marriage in 1950, Beverly followed in the next year.  Stephen was born three years later and Carolyn three years after that.  They settled in North Seattle, which was mostly wilderness in 1955.

Working weekends at Sears to supplement his meager teaching salary, Alvin became interested in being an electrician.  First doing work around the house, then jobs for neighbors.  After retiring from Seattle schools, he earned his journeyman's card and became fully qualified electrician.

He began a Master's program for the second time, but this time at Seattle Pacific College, graduating a year before  Beverly in 1972.  After he became a principal in Seattle Schools, (Seward, W. Queen Anne, and Latona Elementary), he retired and worked as an electrician.  Ten years later, he accepted a principal-ship at Cornerstone Christian School where his daughter, Carolyn, was teaching.  Al had the privilege of taking trips to visit his Assembly of God missionary sisters.  In 1973, he took his family to the Dominican Republic to visit his oldest sister, Rachel, and brother-in-law, Einar Peterson.  Later, he and his brother, Dave, took a trip to Nigeria to visit their other sister, Irene.

Al was an active person and included his family in many outdoor activities.  Camping and water skiing at Alta Lake State Park in eastern Washington was a yearly event.  In 1972 Al and Florence purchased a new Winnebago motor home and began touring national parks and traveling across the country.  One of Al's favorite activities was snow skiing.  He spent 25 years on the volunteer ski patrol at Snoqualmie Pass where he and Dave enjoyed skiing while helping injured skiers, actually, mostly skiing!  Through his connection with the ski patrol, he and Dave went on several ski trips in Europe.

Al valued service to his church and loved interacting with and encouraging people.  During his 63 years attending Shoreline Community Church, he served as choir director, Sunday School Superintendent, high school teacher, usher, board member, and song leader.  Wherever Al and Florence went they shared Jesus.

He is preceded by his wife, Florence, his sisters, Rachel and Irene, and his brother Dave.  He is survived by his three children - Beverly, Steve (Barb), and Carolyn (Mark); six granddaughters- Suzanne, Stacey, Lindsay, Leslie, Chelsea, and Lauren; and five great grandchildren.