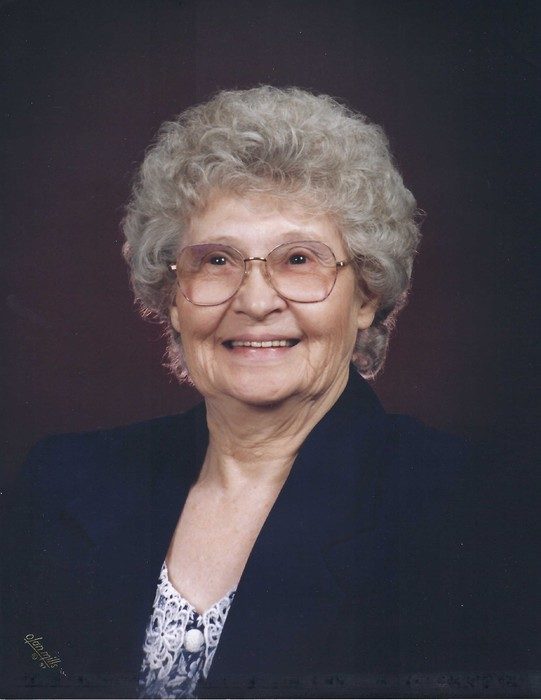 Effie, known to her close friends and family as “Jean” or “Jeanie,” was named after her own grandmother, Effie Mable Alexander Bates, and her grandfather, Eugene (Gene) Tullis Bates.  She was born on October 31, 1927 to Nita Viola (Bates) Powers and George Wesley Powers. She was the last remaining of her seven brothers and sisters: Georgia Jennings, Clinton Powers, Viola (Mildred) Knight, Virginia Jennings, Wesley Powers, Tommy Powers, and Connie Spielman.

Jean was born in Davidson, Oklahoma, and her family later moved to Texas, where she was a member of the 1945 graduating class of Muleshoe High School, Muleshoe, Texas. Later, while living back in Oklahoma, she met and married Fred in 1953. By this time, family members on both sides had migrated to the Pacific Northwest for jobs, so they followed suit. Ultimately, Jean and Fred made their home in Bothell, Washington, just outside of town.

Jean was a strong, independent, smart, and capable woman who still had six children living at home when her husband died at the early age of 49. While she had previously been a homemaker and held various jobs in the community, the family was dependent on her after Fred’s passing, so she attended classes at Lake Washington Vocational College and earned a Certificate in Accounting.  Subsequently, she obtained a job at Safeco Insurance, where she worked until her retirement.

She regularly attended the Kenmore Assembly of God Church in Kenmore, Washington for a number of years (now known as Cedar Park – Northshore). She was an active participant in the “Senior Lunch Bunch,” and served as secretary to track their member’s contact information and birthdays. The computer was her friend and she used it in the aforementioned listing of contacts, as well as a communication tool. Even in her last year of life, at the age of 92,  she was able to play various games on the computer to entertain herself and check Facebook to monitor the activities of family and friends.

Those who know her would all agree that she was a great cook and could conjure up delicious meals using whatever she had on hand.  She was known for her desserts and you could rely on being offered a cookie if you stopped by. Her hospitality was contagious.  She will be missed by all who loved her.